Why is Tesla getting poor reviews ?

Tesla is getting poor reviews from the British owners

According to Trustpilot UK , Tesla is registering only 1.9 stars out of 5, at the time we are writing this. Many of UK Tesla buyers are complaining of the poor customer support and the very long waiting times for different service issues.

It’s not uncommon though to read about poor quality of Tesla’s cars, too. Here is an example of what one of the UK customers have to say about this subject:

Below is a list of all the items that my wife and I have had to deal with so far with our new Tesla.
1. Wires hanging from underneath the vehicle
2. Roof glass was not installed correctly, allowing air and water to enter the vehicle. The glass had to be adjusted.
3. The charge port door was broken, had to be replaced.
4. Multiple exterior panels including fenders and hood needed adjusting. The car had uneven gaps on most of the panels. Most of the on the passenger side.
5. Door glass had to be adjusted, also allowing water and air to enter the vehile.
6. There is a crinkle in the center of the cars hood. My wife and I had decided to live with this, since there are so many other serious issued to resolve.
7. A very important and dangerous issue with the car was the screen. The screen was shutting off while driving on the highway and was freezing at random times. We stopped to check the mail and the screen stated that we were traveling 37 miles per hour. Without the scree, there is no way of knowing how fast the vehicles is going or what gear the vehicles is in. The screen controls everything.
8. The air conditioner randomly blew at high and would then shut off on its own.
9. After one of the service appointments the left blinker decided to stop working, leaving us without a blinker until the next appointment.
10. Several tools were left in the vehicle following a service call.
11. Lose bolts were found by the technician at one of our appointments.
12. One tail light and two front facing lights allow water to enter, leaving fog after a rain or car wash.
And many more problems. Apparently too many to list due to the limitations of this blog.

Don’t even know where to start. The delivery of our Model X today was unacceptable considering we have waited 1 year for it after months of continuous delays in our order by Tesla:

* Scratched windshield and side exterior
* Soiled interior – absolutely filthy for a new car
* No contactless delivery as stated. Delivery man did not take any infection control steps such as masks, gloves. He wore filthy clothes and gloves.
* Delivery man drove our car without our permission onto our driveway and forced the keys onto us and left. This happened whilst we were in discussion with Tesla Birmingham, UK. On hearing this the customer advisor at Tesla advised us not to accept the car in its current state
* No tracking information was provided (took a day off work and had to chase up delivery times). After leaving the car, we then were sent a text message with the tracking information. This is fraudulent. Initially he claimed his phone was broken and that’s why there was no tracking information. He was later on his phone, surprise surprise.
* The car was brought on a trailer by a dirty van totally unprotected, the sort of vehicle which would be used to transport a broken down vehicle to a scrapyard, not a 100k car.
* Delivery man was extremely unprofessional and barely spoke or understood English.

Tried to raise a complaint regarding this unsatisfactory delivery, there’s not even any contact email to raise it!

Absolutely AWFUL service. Had the worst experience so far and starting to regret the purchase. No other car brand – Mercedes, Porsche, BMW etc would have such a poor service. Unbelievable and shocked. Tesla do NOT care about their customers at all.

For us, reading such reviews was quite shocking. Never expected that a nice project like Tesla will end up failing this way in front of its customers.

After scrolling through lots of 1 star ratings, we were able to finally read a 5 star review:

The car is pretty amazing – very smooth and responsive – so there is no turning back now: only electric cars for me from now on. Running costs are around 1.3p per mile, and there’s not much to service – only wear and tear on wheels. Even the brakes last years, because the (re-generative) engine braking reduces wear on the brake pads.

We really want to see more and more people switching to electric cars. It’s well known that the anxiety of finding a charging station nearby, the maximum mileage on a full charge and the price of an electric car are already putting people off. If we add on top of these a poor customer support from the manufacturers, it’s unlikely will see a massive EV adoption in the near future.
It will be interesting to see what are your thoughts about this. Please leave your comments below. 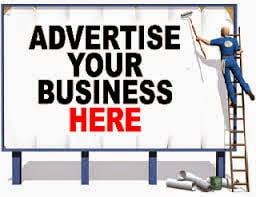